"Of Lions and Men: Mourning Samuel DuBose and Cecil the Lion" 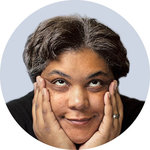 This story is included with an NYT Opinion subscription.
Learn more »
LIKE many others, I was stunned by the story of the Minnesota dentist who hunted and killed a 13-year-old lion, Cecil, in Zimbabwe. It was a brutal, senseless thing.
The story has gone viral because it offers a strange alchemy of arrogant privilege, an animal’s being lured out of safety and slaughtered, and something onto which we can project outrage without having to contend with the messiness of humanity. Animals are not stained by original sin.
On Twitter, I joked, “I’m personally going to start wearing a lion costume when I leave my house so if I get shot, people will care.”
The columnist Erma Bombeck once said, “There is a thin line that separates laughter and pain, comedy and tragedy, humor and hurt.”
When people die in police custody or are killed by the police, there are always those who wonder what the fallen did to deserve what befell them.
He shouldn’t have been walking down that street.
She should have been more polite to that police officer.
He shouldn’t have been playing with a toy gun in a park.
We don’t consider asking such questions of a lion. We don’t speculate as to why Cecil was roaming the savanna.
In Cincinnati, there was a news conference on Wednesday to announce grand jury findings in the case of Samuel DuBose. He was an unarmed man, shot in the head on July 19 by a University of Cincinnati police officer, Ray Tensing. Before the news conference, the school shut down for the day, anticipating riots, anticipating human messiness.
The prosecutor, Joseph T. Deters, was visibly angry during the news conference. “It was a senseless, asinine shooting,” he said.
And then there was the video. Less than two minutes into speaking to him at a routine traffic stop, Officer Tensing pulls his gun on Mr. DuBose and shoots him in the head. Mr. DuBose is fatally wounded, and the car begins rolling because the man behind the steering wheel is no longer able to control it. Officer Tensing falls, gets up, and absurdly gives chase, shouting unintelligibly.
It’s a bewildering scene. When Officer Tensing catches up to the car, which has crashed, another officer has arrived. Officer Tensing says he shot afterMr. DuBose began rolling away despite the incontrovertible video evidence. This other officer writes in a report that he, too, saw this thing that did not occur.
Greetings from an alternate reality.
Continue reading the main story
I did not want to watch this video but I did. I felt a compulsion. I needed to see what led to such a senseless murder. I hoped this was all a misunderstanding, an accident. I have no idea where such foolish hope comes from.
Often, when I write about race or gender, people offer apologies.
They say, I apologize for my fellow white people.
They say, I apologize for my fellow men.
I understand this desire to say, “We are not all like that,” or, “I wish the world were a better place.”
Continue reading the main story
"We don’t speculate as to why Cecil was roaming the savanna."Actually, we do. This article itself reports that the lion was lured out of the...
A beautifully written piece and her last paragraph says it all.
Nobody has to apologize to a black person for mourning a lion. There is no reason one should have to explain to anybody that even though...
Sometimes, saying sorry is, at least, saying something. It is acknowledging wrongs that need to be addressed.

These apologies, however, also place an emotional burden on the recipient. You ask the marginalized to participate in the caretaking of your emotions. You ask them to do the emotional labor of helping you face the world as it truly is.
Advertisement
Continue reading the main story
Advertisement
Continue reading the main story
Advertisement
Continue reading the main story
When we talk about injustice, the conversation always comes back to: What do we do? How do we move forward? How do we create change?
I don’t have answers to these questions. I don’t think anyone does, but there are actions that would accomplish more than offering an apology to those who cannot provide you with the absolution you seek.
When you hear, “black lives matter,” don’t instinctively respond that all lives matter, as if one statement negates the other. Instead, try to understand why people of color might be compelled to remind the world that their lives have value.
When others share their reality, don’t immediately dismiss them because their reality is dissimilar to yours, or because their reality makes you uncomfortable and forces you to see things you prefer to ignore.
Avoid creating a hierarchy of human suffering as if compassion were a finite resource. Don’t assume that if one person says, “These are the ways I am marginalized,” they are suggesting you know nothing of pain and want.


Understand that the seemingly endless list of black people who have died at the hands of law enforcement or racist zealots or other bringers of violence is not just a news peg or a matter of “identity politics.” This is the world we live in. The traumatic blur of videos, this stark imagery of how little black life matters, takes its toll. It creates a weariness I worry will never go away.
It feels impossible to talk about race or other kinds of difference. But if we don’t have difficult conversations, we will be able to reconcile neither this country’s racist past nor its racist present.
I am thinking about how and when people choose to show empathy publicly. Cecil the lion was a majestic creature and a great many people mourn his death, the brutality of it, the senselessness of it. Some people also mourn the deaths, most recently, of Sandra Bland and Samuel DuBose, but this mourning doesn’t seem to carry the same emotional tenor. A late-night television host did not cry on camera this week for human lives that have been lost. He certainly doesn’t have to. He did, however, cry for a lion and that’s worth thinking about. Human beings are majestic creatures, too. May we learn to see this majesty in all of us.
Posted by Mary at 2:21 AM