"Cuba detains Tania Bruguera with Havana Biennial in full swing. How will the art world react?"

The latest edition of the Havana Biennial kicked off Friday, but the Cuban artist everyone is talking about does not have a piece in the show.
Tania Bruguera was once again detained by the authorities on Sunday afternoon after staging a performance at her Havana home, in which she and others read passages from Hannah Arendt's "The Origins of Totalitarianism." A video by the civil rights group Patriotic Union of Cuba, embedded in this post, records the moment in which state security agents approach her on the street.
WATCH: The Cuban civil rights group Unión Patriótica de Cuba (Cuban Patriotic Group) released video of Bruguera being approached by state officials on the street outside her home. Bruguera is in the gray dress at the front of the group.
Bruguera was released that same afternoon. But the detention comes at an uncomfortable moment for the Cuban government — just as the art world has descended on the 12th Havana Biennial, an event that has drawn a jet-setting group of international curators, artists and collectors to the Cuban capital for exhibitions, parties and private studio tours.
lRelated 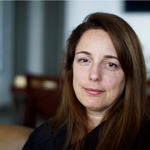 SEE ALL RELATED
8
All of it raises questions about Bruguera's continuing legal limbo. The artist is a Cuban national, but as an internationally recognized artist, she spends much of her time teaching and staging her work abroad. She returned to Cuba in December and was first detained just before New Year's Eve for attempting to stage a performance about freedom of expression in Havana's iconic Revolution Square.
The Cuban government hasn't formally filed any charges against her, but Bruguera had her passport confiscated, and it has yet to be returned. For the time being, she is unable to leave Cuba.
'Cultural feeding frenzy': Art world descends on Cuba for Havana Biennial
Within the art world, there had been some online talk of a boycott in advance of the biennial — but that effort didn't garner much steam. For the most part, the exhibition has proceeded as planned.
cComments
Got something to say? Start the conversation and be the first to comment.
ADD A COMMENT
0
But artist Paul Ramirez Jonas says it's not too late for the curators and artists who are in Havana to do something. In a Facebook status update he called on the international art community members present in Cuba to take action: "If you are in Havana please don't act like it is business as usual — because it isn't. Ask every government official, curator, and (why not) the artists, as well, about Tania."
"Many of us who chose not to participate in the Biennial or related shows have done what we could from the outside," he adds. "If you are in Cuba now is your chance to do something."
Tania Bruguera on her art, her detentions and what happens next
Bruguera couldn't be reached for comment. But in a taped interview with the a reporter from the Cuban news website Martí shortly after she was released, she sounds firm in her mission to make art that touches a nerve — whether it's in Cuba or anywhere else.
"When they were going to take me, I turned around to everyone who was there and said, 'Don't shout,'" she says. "Nothing. Don't do anything. This is nonviolent." “Passing, it seems, threatens to call attention to the performative and contingent nature of all seemingly ‘natural’ and 'obvious’ identities.” - Linda Schlossberg

The goal of this conference is to explore passing as a politically loaded activity that challenges the seemingly intimate relationship between vision and knowledge, between seeing and knowing. The political strength of passing lies in its ability to disrupt structures of identification through which social life has historically been regulated, causing deep social anxiety. As such, we specifically want to question the intricate work that passing does and unravel its socio-political significance.
The idea of passing has been traditionally associated with mixed-raced individuals in the United States, whose appearance allowed them to be classified in different racial groups, mainly “white.” Passing remains a vibrant and relevant research topic in US scholarship, particularly with the emergence of ethnic studies as an academic field. The purpose of the conference is to broaden the conversation about passing beyond the US scope in order to examine how passing is experienced in different national and cultural contexts. Moreover, we want to extend the focus from racial passing to enquire as well how passing has been used to make sense of other social relations such as class, gender and sexuality, which have been at the core of feminist scholarship.
We feel this conference is both timely and provides a safe space for graduate students and early career researchers, working across a range of disciplines in the UK and beyond to debate and build valuable connections.
Disrupting Visibility: The Politics of Passing is supported by the Graduate School, Department of Media and Communications and the Centre for Feminist Research at Goldsmiths.
Posted by Mary at 12:55 AM No comments:

BlackOUT Collective‏@blackoutcollect
"I am my sisters' keeper." This is what power and love look like. #SayHerName 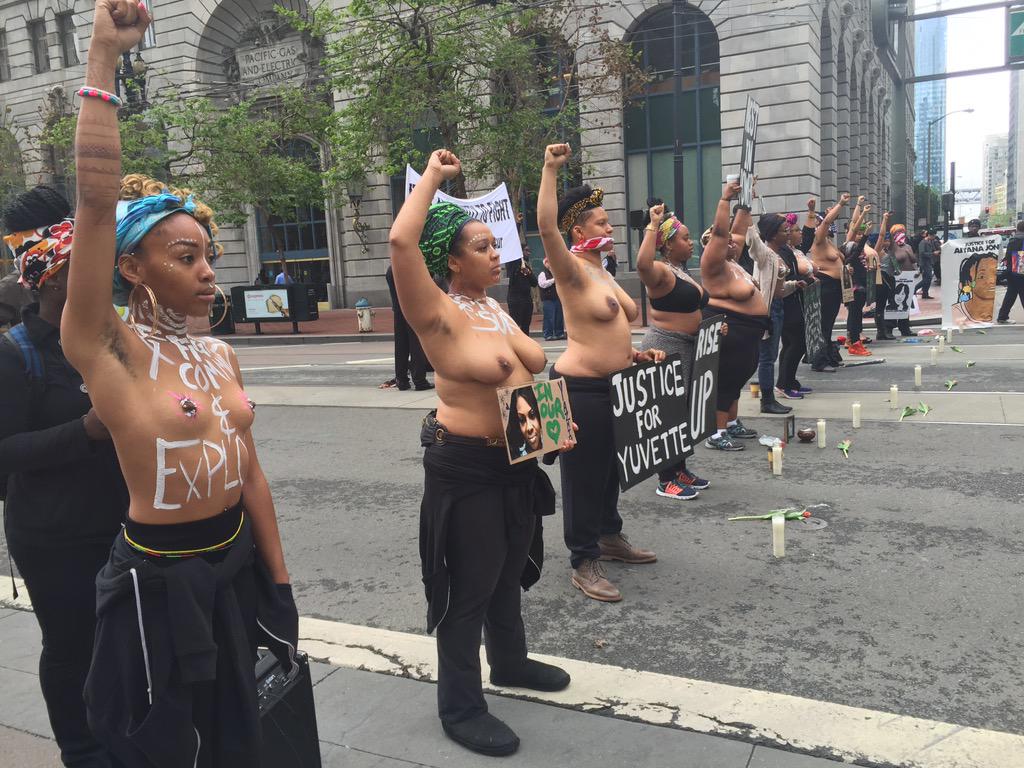 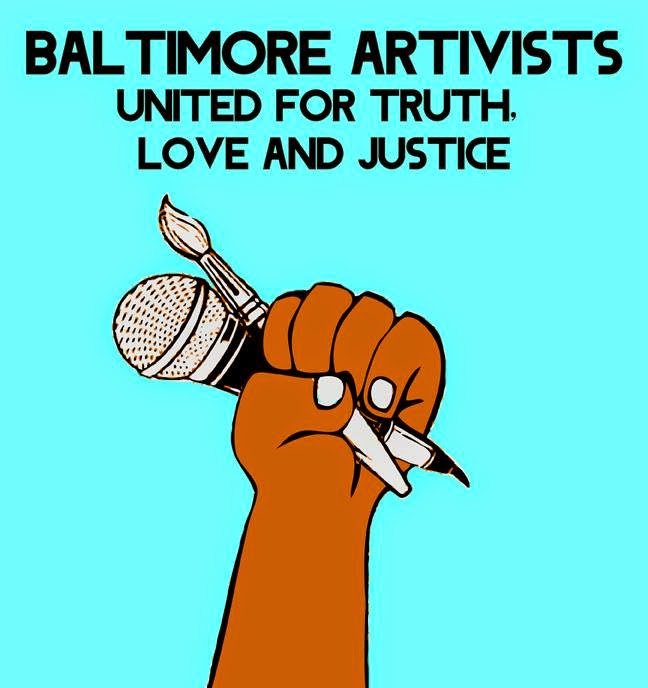 ATTENTION ALL ARTIST, ACTIVIST, TRUTH SEEKERS, INJUSTICE SUFFERERS AND SUPPORTERS ! WE ARE INVITING YOU TO GATHER FOR A DAY OF ARTISTIC EXPRESSION AND DEMONSTRATION SUNDAY MARCH 3RD. STARTING @ JUBILEE ARTS( 1947 PENNSYLVANIA AVENUE) AND ENDING @ SPIN CYCLE LAUNDROMAT (2020 MARYLAND AVE) WE WILL MARCH IN SOLIDARITY WITH ALL THOSE EXPERIENCING INJUSTICE, AND EXPRESS IT BY ANY MEDIUM NECESSARY.JOIN UP FOR CREATION, LIVE PERFORMANCES, AND UNIFYING ACTIONS ALL IN THE NAME OF ARTIVISM. UNTIL THEN,LOVE, TRUTH AND ART._______________________________________________
SCHEDULE

1PM:MEET AT JUBILEE ARTS AND ENGAGE IN COMMUNITY CREATION

Is It An 'Uprising' Or A 'Riot'? Depends On Who's Watching

Is It An 'Uprising' Or A 'Riot'? Depends On Who's Watching What do you see in this image? An "uprising" or a "riot"?
David Goldman/AP
It's no surprise that people can't agree on a label for what's happening in Baltimore. There was little agreement about what to call Ferguson, too: The action in both has been described as "riots," "uprisings" and "civil unrest." People use different terms in different contexts for different reasons.
In Los Angeles in 1992, fires blossomed after four LAPD officers were acquitted of the assault on Rodney King — even though half the world had seen what's now known as the "Rodney King Video," captured by an appalled onlooker.
The verdict that sparked the LA riots in April 1992.
Two years ago, University of Southern California sociologist Karen Sternheimer wrote "Civil Unrest, Riots and Rebellions: What's the Difference?" for the Everyday Sociology Blog.
While the 1992 crisis was often called a riot, Sternheimer wrote that it had elements of all three terms: "Civil unrest often occurs when a group strives to gain attention for something they feel is unjust." When the jury declared "not guilty" for the officers on trial, there was disbelief.
"People felt angry enough to disrupt the social order," Steinheimer continued, "because many felt like the justice system had severely let them down."
Over time, black communities in LA and Ferguson, Mo., had come to believe they were occupied by hostile police departments that didn't resemble their civilian populations and focused their policing on containment and suppression, rather than protecting and serving. In LA, the last straw was the exoneration of the officers despite clear video evidence of the abuse: Parts of the city burned in a matter of hours. Fifty-five people died and property damage reached $1 billion.
"Riots are characterized by unruly mobs, often engaging in violence and mayhem," Sternheimer wrote.
Jack Schneider, an assistant professor in the education department at the College of the Holy Cross, noted at the Huffington Post last year that throughout American history, white citizens were lauded when they rose up against perceived tyranny. Actions that came to be known as Shay's Rebellion and Bacon's Rebellion were called rebellions; participants were considered patriots. "When blacks become involved, however," Schneider wrote, an uprising isn't a rebellion. It's a riot. Harlem, Watts, Chicago, or more recently, Ferguson."
These have been characterized as "resistance to authority or control," Schneider added. The assumption by those in power is those instances of civil unrest were hooliganism, not "simmering resentment and honest anger" to oppressive conditions.
Need a clear example of how perspective can cloud the media mirror? Here's this, from the Pittsburgh Post-Gazette, after a student riot in 2011 that left windows smashed and cars flipped:

What was a riot became a rally.
Riots can also start out as one thing and morph into something else. Ferguson protests were largely peaceful until an aggressive police response infuriated many marchers. What started as a demonstration against police brutality and racism became, some said, a demonstration of police brutality.
"There can be resistance to oppression," said Marc Lamont Hill, a political commentator and Morehouse College professor, in a conversation with CNN anchor Don Lemon.
Resistance, Hill said, "looks different ways to different people." And, he added, it's not something that can be neatly contained or scheduled. "You can't tell people where to die-in, where to resist, how to protest." While many in and on the media were referring to the Baltimore demonstrators as rioters, Hill refused. "I'm calling these uprisings," he insisted, "and I think it's an important distinction to make."
Baltimore, Hill said, is one in a series of cities where people pushed back against "the state violence that's been waged against black female and male bodies forever." Just as the media are covering the flames when cities are burning, Hill told Lemon, they should also be looking at root causes behind the fires. Riot, unrest, rebellion, uprising — what we call them is not a to-may-to, to-mah-to argument. The words may describe the same event, but they mean very different things.
Tell us what you call what's going on in Baltimore — and why you believe your word or term is the right one. Do it below or on Twitter, at #whatdoyoucallbaltimore.
Posted by Mary at 1:44 AM No comments: