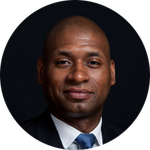 This story is included with an NYT Opinion subscription.
Learn more »
LISLE, Ill. — Funerals are often predictably somber — a cloistering and culminating of grief and pain. Not Sandra Bland’s funeral. (Everyone called her Sandy, by the way.) Sandy’s was simultaneously celebratory and defiant.
Bland was the 28-year-old Illinois woman arrested after a traffic stop in Texas who died in a county jail. Her funeral was held Saturday at DuPage African Methodist Episcopal Church in Lisle, Ill., just outside Chicago.
Bland’s casket was white. Many in the family wore white. The pastor wore a white ministerial robe. This was not to be a dark day. The joyous music of the choir seemed to vibrate everything in the building. Bland’s mother, Geneva Reed-Veal, danced every time the choir sang. One of Bland’s cousins performed a praise dance, a choreographed dance set to religious music.

There were whimpers and tears, to be sure, but there was also laughter and praise. As the church’s pastor, James F. Miller, put it: “This is not a moment of defeat; this is a moment of victory.” He continued: “We’re not funeralizing a martyr or a victim; we’re celebrating a hero!” The crowd erupted.
Over a few days leading up to the funeral I interviewed a few of Bland’s fellow church members and friends. They described a complex person — in other words, a person — who had recently come into her own, realizing her life’s purpose (social justice), a person who to them appeared determined, settled and happy. None of them believe she committed suicide, or that it was even possible.
What I did hear during those interviews and during the funeral itself were words and phrases like these used to describe Bland: “Fearless.” “Activist.” “Life of the party, in a good way.” “Vibrant and full of life.” “Passionate.” “A strong woman; a strong black woman.”
It was abundantly clear to me that the people who knew and loved her loved her fierce-ly and loved her fierce-ness.
That was not to say that Bland didn’t have her ups and downs the way many young people do. But rather, she wasn’t afraid to admit it and wanted to use her testimony to help others. I spoke to a woman with whom Bland was working to start a women’s empowerment forum online, who said that Bland told her that she wanted to share her travails because “it takes a lot of will and resilience when you’re going downhill to stop yourself.”
The Rev. Theresa Dear, who spoke to me on the family’s behalf, said that sure, Sandy was a “mouthy person” and that she could imagine her “raising you know what” in her Texas jail cell.
But, like Bland’s other friends, Dear described this in ways that seemed less acerbic than courageous, less Sister Souljah than Sojourner Truth.
As Dear put it: “Everybody in their lives needs a Sandy Bland posture, a Sandy Bland voice.”
Bland didn’t demur and knuckle under. Some have criticized her for her stance during the traffic stop, suggesting that if she had behaved differently, with more respect for the officer, she might have avoided arrest.
Advertisement
Continue reading the main story
Advertisement
Continue reading the main story
Advertisement
Continue reading the main story
Maybe. But, it must always be remembered that the parameters of “respectable behavior” are both raced and gendered. The needle moves to differing positions for different people. That is, I believe, one of the reasons that this minor traffic stop so quickly escalated.
How dare a woman not present as a damsel? How dare a black person not bow in obsequiousness?

The officer’s irritation seemed to build in direct response to Bland’s unwavering defiance. She refused to break, crumble and cry. She refused to express fear. She challenged his authority, his character and his expression of masculinity.
Now, it is clear to me that Bland’s allies are girding themselves to fight for her life and her legacy. As her mother said in a fiery speech during the funeral: “I’m going to take today and relax. I’m going to take tomorrow and relax. But Monday, it’s on!”
There are so many unanswered questions in this case and so many things that don’t, on their face, make sense. The public wants answers, but more importantly, the family needs answers. As her mother said, “I’m the mama, and I still don’t know what happened to my baby!”
The pastor extolled those gathered to “go online and shut down the Justice Department’s website, asking for a federal investigation.” Indeed, Senator Dick Durbin and Representative Bill Foster both said at the funeral that they’d each sent letters to Attorney General Loretta Lynch requesting such an investigation.
And both Bland’s mother and Pastor Miller took swipes at the media’s portrayal of Sandy.
Miller demanded that responsible media stop showing images of Bland’s scarred body, “lining your pockets with the blood of our child!” As Miller said, “You have stepped on the cat’s tail.”
Then he seemed to, for comedic and theatrical purposes, catch himself, musing out loud, “They want me to sit down because I’m going to get us in trouble.”
But he quickly followed: “I was born black in America; I was born in trouble.” The mourners signaled their agreement.
Posted by Mary at 1:59 AM