In 1993, artist Rick Lowe took over nearly two dozen derelict shotgun houses in Houston's Third Ward and, over the course of 20 years, turned them into a thriving cultural center that offers exhibitions, artist residencies and even a program for single moms. Project Row Houses has since become an important symbol of considered urban renewal -- of the way a neighborhood can be transformed for the better without obliterating its roots.


In a video produced by the MacArthur Foundation, Lowe explains his artistic practice, which mixes art, empowerment and community organizing.
For this work, Lowe received a MacArthur Foundation "genius" grant this week. This is an interesting development for a variety of reasons. For one, there's the fact that Lowe is an artist, not an urbanist or city planner. There is also the fact that he sees Project Row Houses not just as an example of effective community organizing, but as an ever-evolving work of art. 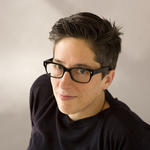 "People don't necessarily embrace the type of work, or the form of the work that I do, as necessarily fitting into the art world," he told the MacArthur Foundation's videographers. (See the video embedded in this post.) "I don't have a problem with it. To talk to people about communities and social context being forms of art is a challenge. ... But I think as time goes on ... other artists like myself will be seen as ... the pioneers of producing work that's expanding the notion of what art can be."

Related: From narco-wars to urban basketball, making art out of activism
For the field of social-practice art -- that is, art that requires the engagement and participation of its audience -- Lowe's genius grant is a big a win. For decades, many artists have produced works that have blurred the boundaries between art and activism. (Suzanne Lacy's "Three Weeks in May," which chronicled sexual violence in Los Angeles in 1977, is pioneering in this regard.)


cComments
ADD A COMMENTSEE ALL COMMENTS
1

But in recent years, there has been a heightened interest in the form. German artist Thomas Hirschhorn created a participatory piece called the "Gramsci Monument" in the Bronx in 2013 that included philosophy lectures, art workshops and musical performances. Cuban-born Tania Bruguera launched a movement in support of immigrants. Seven years ago, an art and social-practice gathering called Open Engagement launched in Saskatchewan, and it is still going strong, with its next iteration to take place in Pittsburgh in the spring of 2015.
And, just this week, I wrote about an intriguing new social-practice exhibition at the Santa Monica Museum of Art that examined the intersection of art, architecture and activism in the Americas.
Lowe's award, in many ways, helps confer mainstream prestige to the form. But it also highlights the level of commitment that well-produced activist art can demand. Lowe has worked on Project Row Houses since 1993 and lives just a few blocks away from the site. He takes on other projects, but he says he likes to keep much of his focus in Houston. (I interviewed the artist for a story on social practice I did for ARTnews this past spring.)
"You have to spend years developing relationships to be able to do something like this,” he told me at the time. “It’d be an arrogant disregard of a community to come in and think you can grasp all the complexities of a place in a short time.”
This offers a welcome antidote to the art world's relentlessly globe-trotting ways, one in which art is made on the run from Miami to Berlin to Hong Kong. Work like Lowe's is the opposite. It is about observing, learning, considering, and, with the help of others, working to build something new. It is about staying put. The art world could certainly use more of that.
Congratulations, Rick Lowe.
Posted by Mary at 12:33 AM