The Death of Freddie Gray 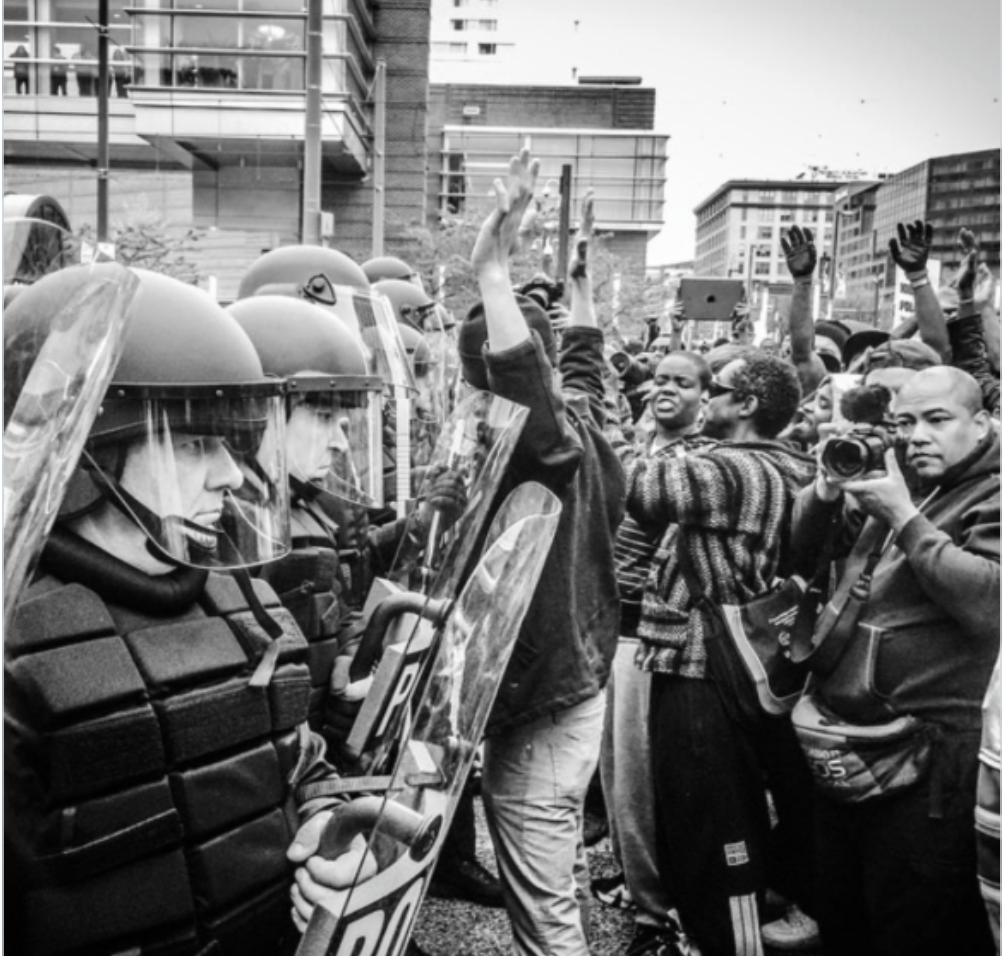 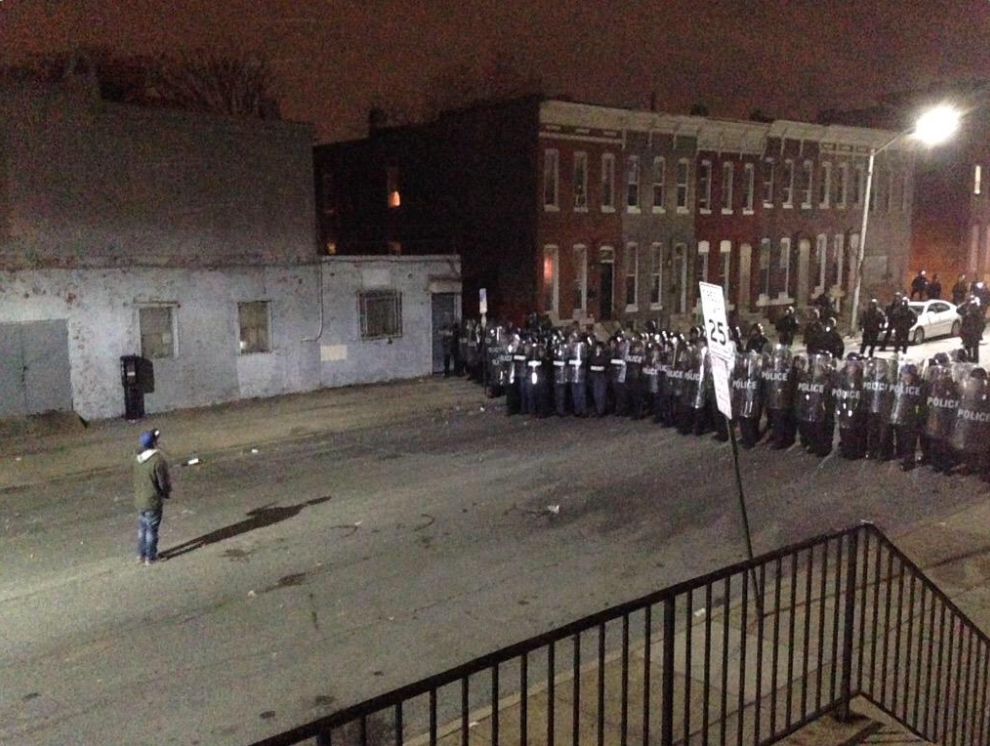 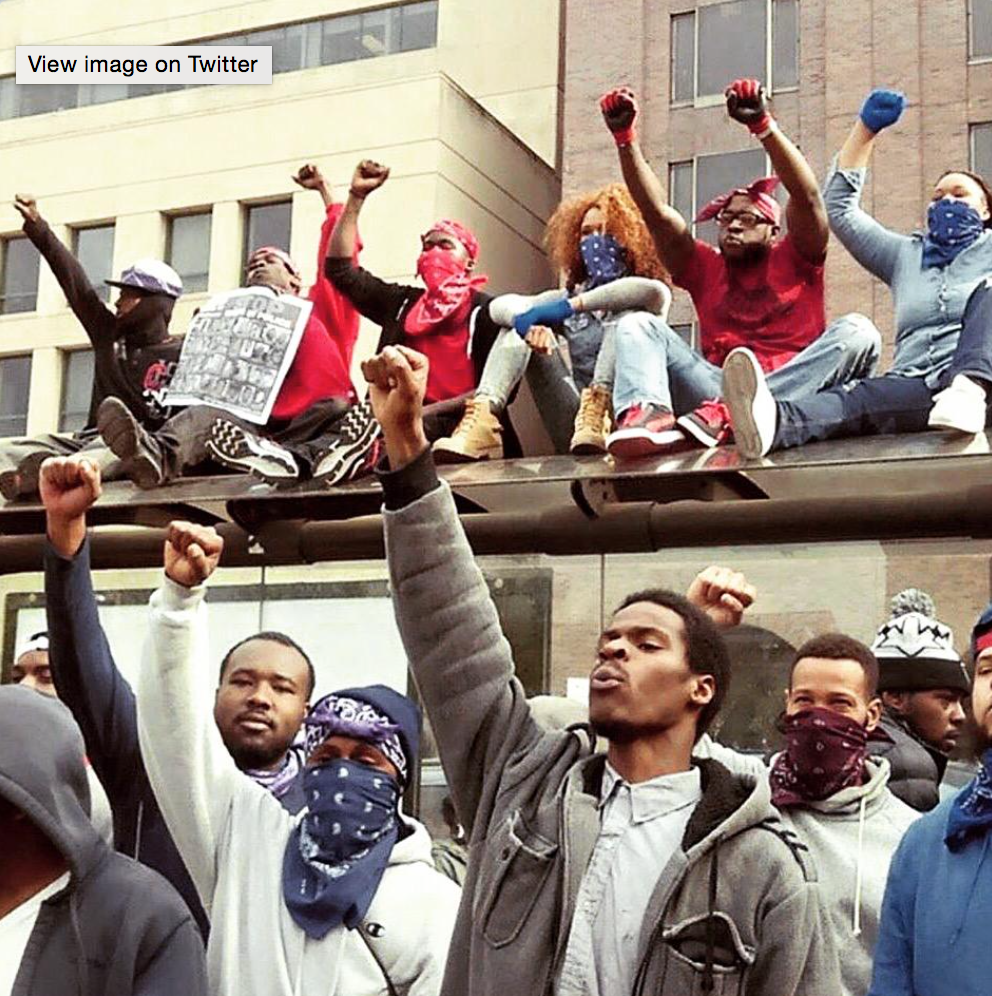 Thousands protest over US custody death of Freddie Gray

Several thousand protesters converged in the US city of Baltimore on Saturday to protest over the death of 25-year-old black man Freddie Gray while in police custody.
Gray died on Sunday after sustaining multiple injuries which included three fractures in his neck vertebrae, a smashed voicebox and the severing of 80 percent of his spine from his neck.
Gray had been in police custody for a week, having been arrested in a high-crime neighbourhood after he made eye contact with police and fled. After he was caught he was found to be carrying a knife.
Melissa Ealey, Gray's cousin, told Al Jazeera that no crime perpetrated could warrant such abuse.
"There is no reason the police had to conduct themselves in a manner to where … it cost him his life," Ealey said. "I can understand breaking the law is wrong but the way they apprehended him and the things they did were completely against protocol and just inhumane as a whole."
'National epidemic' of violence
Signs in hand, with slogans such as "Jail Killer Police" and "Unite Here," demonstrators from different racial backgrounds flooded two city blocks and marched to city hall, where the crowd overtook a plaza.
March organiser and lawyer Malik Shabazz described violence against blacks by American police officers as "a national epidemic against black men".
Al Jazeera's Shihab Rattansi, reporting from Baltimore, said the marchers had then headed towards Baltimore's Oriole Park Major League Baseball stadium at Camden Yards where Baltimore's Orioles were later set to take on the Boston Red Sox.
Rattansi said the protest outside the stadium ended relatively peacefully, although a few cars appeared to have been vandalised, as police warned protesters that they would face arrest if they didn't disperse.
"There was not very much in the way of heated scenes, about 20 minutes for the whole day but what we did see today was a few thousand people gather in city hall demanding answers over questions including why he was even arrested in the first place," Rattansi said.
The police had earlier kept a safe distance, as the protesters called for sweeping national policy changes on how cases of police brutality should be dealt with.
Their demands included the establishment of an independent civilian review board in every city to review the cases, immediate suspension without pay for police officers accused of violence and protection for whistleblowers so they could freely speak about police brutality without retaliation.
"Speaker after speaker keep saying here, when a genocide is happening against you, why would you ask the people committing it what is going on," our reporter said.
Stafford Sutton, an activist who attended the march, said changes to federal policies were required to defuse anger after a spate of recent cases of police brutality.
"I've seen a lot of individuals who have been done wrong. A federal mandate needs to be brought down. We have to go through the process, we have to follow it through and go to Washington," Sutton said.
Demonstrators have flooded the streets of Baltimore almost every day since Gray's death, although Saturday's rally was the largest.
Police Commissioner Anthony Batts said roughly 1,200 officers were deployed downtown and across the city to try and keep the peace. At least five police officers were injured and 12 people were arrested. Batts said he believes the "very violent agitators" are not from Baltimore.
Gray's death has been compared to those of other unarmed black men who died at the hands of police in New York City and Ferguson, Missouri, and has intensified a national debate over police treatment of African Americans.
The US Department of Justice is conducting a separate probe into Gray's death. The result of an official police investigation into his fate will also be released on Friday. A wake for Gray is scheduled for Sunday, with his funeral to be held on Monday.