Suffragettes refusal to be photographed

Evelyn Manesta “I am a political offender.” 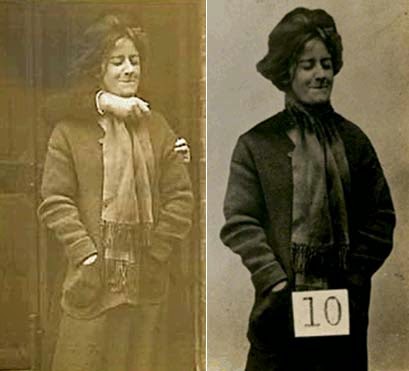 'A Policeman’s arm restraining Evelyn Manesta round her neck was removed from original photograph when the picture was used.'

'The Home Office funded prison officials to secretly photograph the suffragettes as they walked about the prison's exercise yard. After the women’s release, copies of their photographs were given to the agents assigned to follow and keep tabs on them, and to the guards stationed at places the suffragettes had already attacked or seemed likely to attack in the future. Each suffragette had a police file containing photographs, physical descriptions, and surveillance reports.' 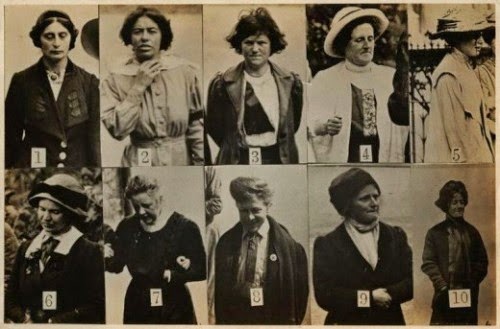