Radical Brownies: is this the future of girl groups? 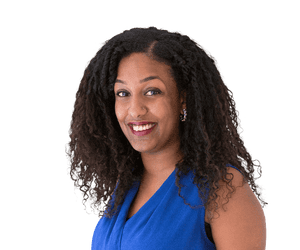 126
Save for later
Oakland, California, has played host to a powerful league of revolutionary spirits over the years. The Black Panther Party, Brown Berets and Yellow Peril all called the bustling Bay Area city home at some point in their interwoven histories. And now, in the spirit of radical foremothers Angela Davis, Grace Reyes, and Yuri Kochiyama, comes a pint-sized girl group with every bit of the political passion of their predecessors.
The Radical Brownies, a social justice-oriented version of the Girl Scouts, was set up only a few weeks ago to “empower young girls of colour to step into their collective power, brilliance and leadership to make the world a more radical place”. The group of 12 girls are not affiliated to the Girl Guide movement and there are no badges for hostessing. Instead, the members, aged between eight and 12 years old, learn about black history, civil rights and social justice; their reward system includes a “Black Lives Matter” badge and lessons in sustainable agriculture for a “Food Justice” badge. “Radical Beauty,” “Radical Self-Love,” and “LGBT Ally” badges are also on the curriculum.
Co-founder Anayvette Martinez says the idea stemmed from her own daughter: “I saw the need for a group that would empower and encourage her to form bonds of sisterhood with other girls in her community. I began to imagine what a radical young girl’s social justice troop looked like; a group that centred and affirmed her experiences as a beautiful and brilliant brown girl against so many societal pressures to conform to mainstream ideals of girlhood.”
The group also arrives at a time when non-white girls in the US find their identities policed on multiple axes. In schools, they already face disproportionate (and stratified) discrimination and are suspended at rates that far eclipse those of their white peers. Studies repeatedly show that suspensions can serve as a gateway in the “school-to-prison pipeline”, and often they are issued for reasons that boil down to the girls not being “ladylike” enough.
Radical Brownies gives them the opportunity to find comfort outside the classroom. They are offered a new vision of girlhood that, for the girls who are least likely to see the full range of their complexities captured in media, fiction or even textbooks, is distinct and powerful. It reminds them that they are not alone – they stand on the shoulders of all those who have dedicated their lives to fighting for their rights. In a world that tells girls to shrink themselves every day, the knowledge of that history of resistance can inspire them to become leaders in their own right.
Being a Radical Brownie would have helped me understand the world around me at an age when I first started to have big, burning questions about why things are the way they are. Better yet, it would have allowed me to do that alongside other young girls asking similar questions, while being taught to respect each other’s creativity and quirks. Girl power is real, and I can’t even imagine how much more self-assured I would have been during my hilariously awkward teenage years if I had been part of something so inspiring in the formative years preceding them.
Any space that supports young girls and their infinite contributions to the world is a positive thing. As the group states: “In these trying times for our communities of colour, with histories of struggle and resilience, this space is rare, necessary and should be celebrated.”
Posted by Mary at 2:20 AM